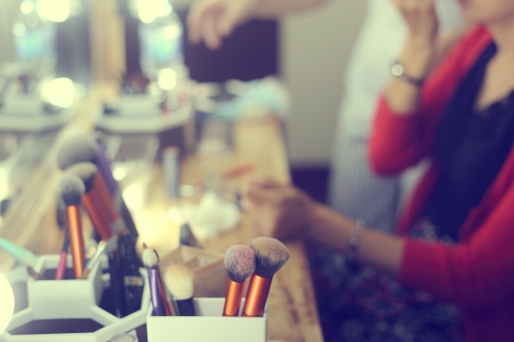 In last week’s blog post, I glanced back on my modeling career and, in doing so, recognized how many things have changed. I modeled during the pre-digital, pre-Photoshop era. I recall arriving on location for a particular photo shoot and the make-up artist and photographer were in a dither because I had a broken blood vessel on my cheek.

Of course, they had reason to be ruffled since this made their job exponentially more difficult. To provide the client with the best possible image, glaring imperfections would have to be expertly covered up by the make-up artist, and the photo itself would require retouching by hand.

There wasn’t any fixing an out-of-place strand of hair after the fact, slimming a few extra pounds around the middle, or the addition of a filter for a wow-factor. Whatever was captured on film was what you got. So they took a lot of pictures and selected the best one from printed proof sheets.

Even back in the 80s’, perfection permeated the business. Of course, we models weren’t perfect, but it helped to be as close as possible: no pimples, no scars, no visible cellulite. Young girls looking at magazines back then may have seen slightly retouched photographs but weren’t digesting expertly manipulated images. Perfection is so sought after that, these days, we don’t even know how much of what we’re seeing is real.

But we don’t need photoshop to serve up perfection. We regularly present a perfect facade in multiple forms.

We exhibit Photoshop-like qualities whenever we choose to relate to others by presenting polished, untouchable forms of ourselves seemingly void of cares or troubles. Our Facebook and Instagram posts display the highlight reels of our lives, all imperfections blotted out. We present perfect when we strive to be flawless, Photoshopping away our limitations and imperfections and disregarding our human need to rest and refuel. We deny imperfection by refusing to peer honestly at our weaknesses and extending kindness or forgiveness to ourselves.

We may even deliberately or subconsciously grasp for the retouching tool by expecting perfection from those around us. By placing unspoken or unattainable expectations on others, we withhold grace and forgiveness for others’ pimples and instead substitute distant, unloving shadows of our true selves in such relationships.

What is the antidote for this perfection crisis? A reality tool that enables a reversal allowing us to see what is real and true.

Here are a few truths that can act to reverse our perfection problem:

Jesus is our reality tool. In Christ, we can release our notion of perfection and receive his grace and love, extending the same to others. We can exchange our striving—and just surviving —for his gentle leading and perfect peace. We can draw on God’s power and strength to be transformed and to live the Godly life he purchased through his death and resurrection. Using cover-up to mask our imperfections loses its allure as we settle into God’s love.

I’ll leave you with The Message version of Romans 3:21-26 as a truth summary:

“The God-setting-things-right that we read about has become Jesus-setting-things-right for us. And not only for us, but for everyone who believes in him. For there is no difference between us and them in this. Since we’ve compiled this long and sorry record as sinners and proved that we are utterly incapable of living the glorious lives God wills for us, God did it for us. Out of sheer generosity he put us in right standing with himself. A pure gift. He got us out of the mess we’re in and restored us to where he always wanted us to be. And he did it by means of Jesus Christ. God sacrificed Jesus on the altar of the world to clear that world of sin. Having faith in him sets us in the clear. God decided on this course of action in full view of the public—to set the world in the clear with himself through the sacrifice of Jesus, finally taking care of the sins he had so patiently endured. This is not only clear, but it’s now—this is current history! God sets things right. He also makes it possible for us to live in his rightness.” 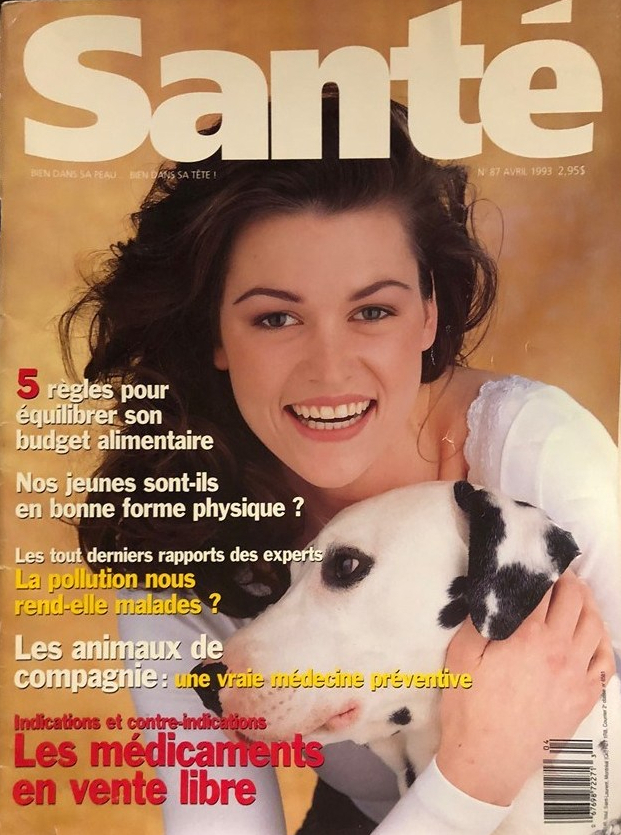 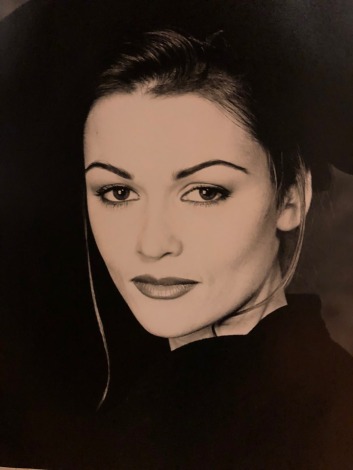 In the mid-’80s, when I was fifteen years old, I decided I wanted to become a model. A Toronto agent agreed to represent me but explained that I needed to lose weight. I had been a cross-country runner for five years and never in my life had I given a second thought to the scale. This particular year, I had discontinued running and had stopped growing. I was 5’7” tall and weighed 127 pounds. Now, for the first time in my life, someone was telling me I needed to consider what I ate.

I hadn’t a clue how to diet so I went to my family doctor for advice. He gave me a pamphlet that explained how to count calories, and so I began to figure out how to limit my food intake. Each Friday, I had to call into the agency to let them know how much weight I had lost. They wanted me to lose a pound per week. It was no small thing to change my eating habits since spending time with friends usually included things like ice-cream, candy, chips, pop, and McDonald’s visits.

After managing to drop fifteen pounds, I was booked for a fashion show at Harbourfront in Toronto. I had been hard at work figuring out how much food I could eat and still lose weight. My agent had come to watch and afterward commended me on how well I had done in the show but told me I still needed to lose more weight. So I ate even less and landed at 108 pounds. For me, that meant virtually starving myself.

I’m not sure how, but my sixteen-year-old brain realized that this wasn’t going to work. That not only did I dislike such a restrictive eating behavior, but that this lifestyle wasn’t realistic for me. I met with my agent and told her that I didn’t want to diet anymore or be a part of her agency. She told me that was a shame, but that if I could ever keep the weight off she’d be happy to have me back. After months of sometimes eating as little as 200-400 calories per day, it took nearly two years for my metabolism to return to normal. I’m thankful I chose to put a stop to the strict dieting before developing anorexia.

Two years later, and twelve pounds heavier, I decided to give modeling another try. I met with two agents who both extended invitations to join their agencies. Neither one mentioned my weight. I continued to model for several years after that in Toronto, Montreal, and on contract overseas. I realized that the problem with the first agent was that she was trying to make me something I wasn’t. She wanted me to be a thin, high-fashion model when I had a more girl-next-door commercial look. 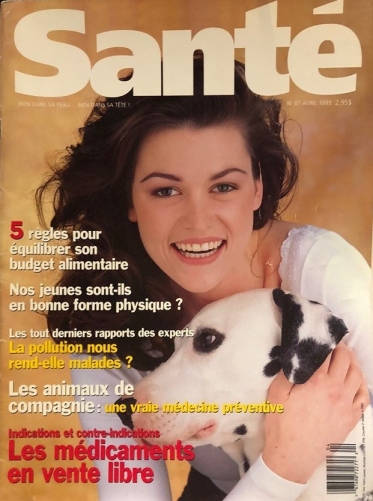 Don’t misunderstand me, I endorse exercise, healthy eating, and self-care, but just like my initial modeling experience, when we attempt to become something we aren’t—when we go to extreme lengths to be accepted but deny our true selves—we run into trouble. We become trapped on a treadmill of never-enough’s, people-pleasing while attempting to fill a soul-hole that can never be satisfied with the things of this world.

Because here’s the thing, there will never be enough weight to lose, enough money to gain, enough compliments to receive to make us feel full. We’re starving and seeking to fill the emptiness with junk food. The lack of nutrients leaves us feeling even more depleted, but thankfully there is a remedy.

The Bible says, “Blessed are those who hunger and thirst for righteousness, for they will be filled.” (Matthew 5:6) When we seek God, we are satisfied. When we desire God, the other fixes fade in importance. Our taste buds change, and we see the former things for the empty calories they were. No longer trying to be something we were never made to be, our identity grows secure in Christ and his love, and we partake of his rich blessings.

The apostle Paul put it this way, “Yes, everything else is worthless when compared with the infinite value of knowing Christ Jesus my Lord. For his sake I have discarded everything else, counting it all as garbage, so that I could gain Christ.” (Philippians 3:8)

We find that all we ever needed and wanted—all that satisfies—is found at the feet of Christ. There we discover security, acceptance, healing, love, forgiveness, hope, peace, and joy—all the things we searched for but couldn’t find. In Christ, our true identity surfaces and an internal work of growth and transformation begins that no amount of earthly accoutrements could foster. From here on in, we are fueled by faith and nourished by the word of God secure in his promises.

I’ll leave you with this verse to ponder: